SiteGround added a new data center facility in Madrid, Spain, to its global network on June 17, 2022. With less than a month of operation, the provider has confirmed the many benefits of a well-dispersed network and the importance of geography in web hosting. 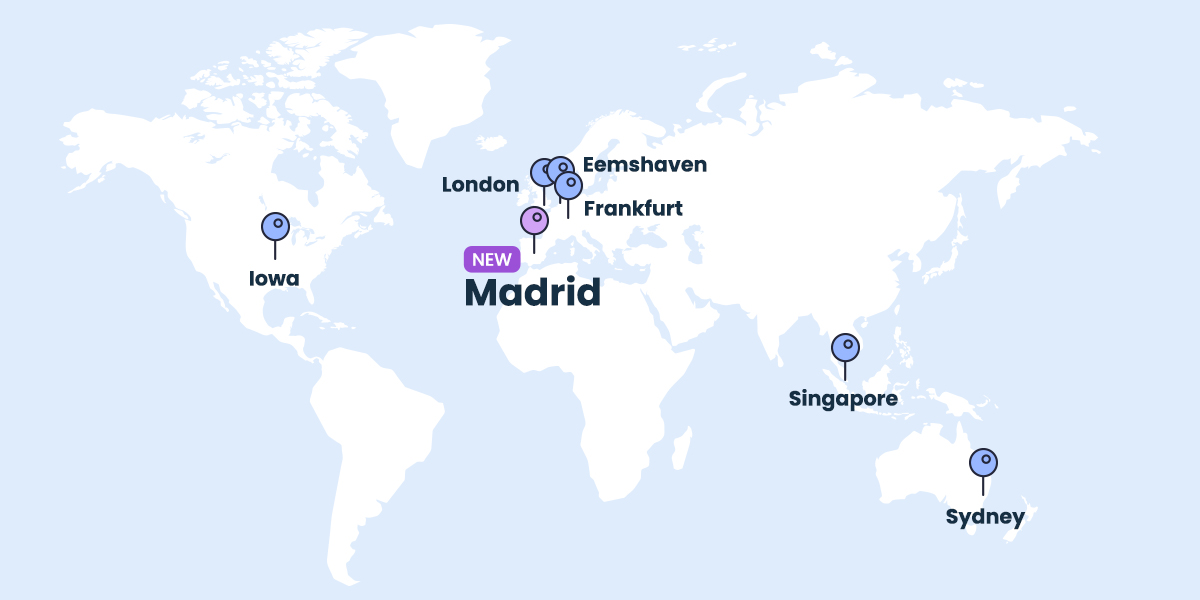 A well-known web host, SiteGround, has declared the inauguration of a new data center in Madrid, Spain. This growth comes after the decision to collaborate with Google in 2020 and start utilizing Google Cloud for a portion of the SiteGround hosting infrastructure. Google utilizes a scalable, highly redundant storage solution, which is good news for hosting clients under its service umbrella.

The Madrid facility joins SiteGround’s sites in the Netherlands, Singapore, London, Sydney, Frankfurt, and the United States as the company’s sixth data center.

Daniel Kanchev, who serves the role of Product and Technology Lead at SiteGround, had the following to say:

As soon as Google Cloud, on which our platform is built, announced the launch of their new region Madrid, we started the process of adding this location to our network too.

For clients whose websites receive traffic from Spain, the new data center, which SiteGround announced on June 17, 2022, offers prospects for faster page loads and enhanced user experience. All SiteGround cloud and shared hosting customers will have access to the Madrid data center.

A website loads quicker and uses less money and energy when it is transmitted when the server is close to the user. A website that loads quickly offers a better user experience, and for roughly 70% of customers, page load time has a direct bearing on their shopping decisions.

Let’s say you need to speak with a buddy in person to deliver a message. Delivering the message would be a lot simpler if your buddy lived nearby as opposed to having to purchase a plane ticket, spend hours at the airport, and take a long-distance journey. Website data is comparable in this regard. When a website’s data is on a server halfway across the world, it takes longer for the data to reach your computer.

Closing remarks with the global leads of WordCamp Europe 2022 on stage. Including our own @monchomad, Country Manager for SiteGround Spain.#WCEU | #WCEU2022 | @WCEurope pic.twitter.com/6B69wVJCt1

Tenko Nikolov, who serves the role of CEO at SiteGround, had the following to say:

Google is known for maintaining one of the fastest and most powerful networks, which means that using their service will result in high speed for our clients’ websites.

SiteGround clients have a higher chance of providing a quick page load experience to their local website visitors by hosting their websites in the new Madrid location. Additionally, data centers that are farther distant from website users would result in higher costs, just as a plane ticket would be more expensive than a short stroll down the street. Consequently, website owners can cut down on the expense of conducting business with the data center facility by selecting a nearby data center location.

Along with the new data center building comes a CDN presence in Madrid. In order to protect your important data in the case of a disaster, SiteGround maintains copies of website data mirrored across four continents using a content delivery network (CDN). SiteGround may also use the Google Cloud network to offload server resources to another location in the unusual case of a server failure.

Leaving the most significant effect till last. The carbon footprint you leave behind is directly impacted by the location of your data center. The owner of the data center or server is primarily responsible for this, although it would be prudent to consider how committed any potential web hosting service is to energy saving. A host is not considering the environmental effect while pushing for hardware upgrades without addressing the physical placement of your server.

Customers can address performance issues by first considering their choice of data center location rather than upgrading their gear, paying extra for a dedicated plan, or raising the CPU allotment. Adding extra servers is not a long-term solution because they are frequently severely underused, losing up to 80% of their capacity.

SiteGround is able to match 100% renewable energy for its clients’ thanks to a partnership with Google Cloud. The public cloud provider has set a “moonshot target” of becoming completely carbon-free by 2030 in honor of Google’s Cloud Blog, marking five years of publicly committing to carbon neutrality.

SiteGround is on the same growth trajectory as Google, foreseeing consumer demands and pain points and addressing them immediately. The new data center in Madrid is only the most recent illustration of SiteGround’s dedication to international growth and a loyal client experience. Pay attention to hosting professionals’ recommendations and keep location in mind while selecting a web host.

5.0 433 reviews
4.8 139 reviews
4.9 360 reviews
HostAdvice.com provides professional web hosting reviews fully independent of any other entity. Our reviews are unbiased, honest, and apply the same evaluation standards to all those reviewed. While monetary compensation is received from a few of the companies listed on this site, compensation of services and products have no influence on the direction or conclusions of our reviews. Nor does the compensation influence our rankings for certain host companies. This compensation covers account purchasing costs, testing costs and royalties paid to reviewers.